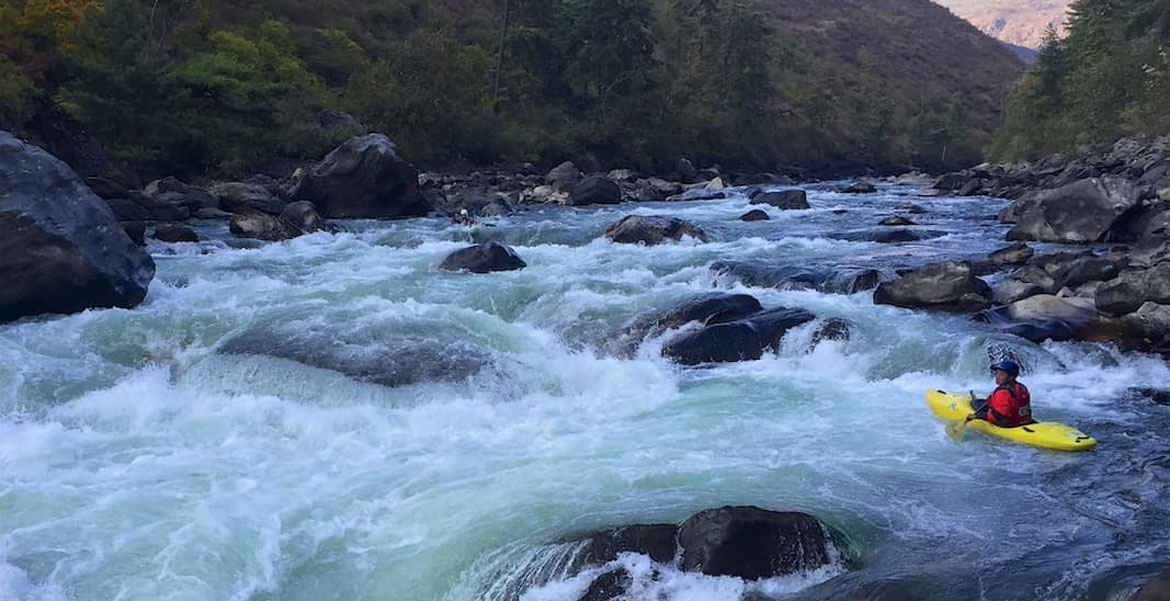 The Wang Chhu or Raidak River is a tributary river of Brahmaputra. It has its source in the Himalayas flowing through the west-central Bhutan and subsequently flow downstream towards the south at a competitively rapid speed through open valley and runs through a narrow defile after crossing 5 km from the confluence. The Wang Chhu River is a combination of Paro Chhu and the Thim Chhu, which meets at the confluence and joined by several tributaries flowing from the nearby mountains like Haa Chhu, Ta Chhu and many other streams. March – April, November – December period is considered to be the best for floating through the Wang Chhu

Thimphu is the capital city of Bhutan and the seat of the government. The broad valley of Thimphu represents mostly the urban life and the bustling city lies on the bank of Wang Chhu River. The capital lies at an elevation of 7700ft/2350m and is only an hour’s drives from Paro airport. Today the capital has a population of approximately 100,000 people. The capital is unlike that of many capitals of the world with no high-rise buildings and no traffic lights. The traffic density is very low and the traffic is directed by the policeman. This affluent and vibrant capital has been home to the Royal families and government seats for decades. Having its ancient traditional culture well preserved, it serves as the cultural hub for both local and tourist alike. The valley is clothed with beautiful blue pine forest, oak and rhododendron forests from the valley to the hill tops and with colorful buildings built and maintained with traditional Bhutanese architecture. The capital city got its name “Thimphu” from the sinking stone in front of Dechenphu Lhakhang.

Scenery: The valley possesses the real charm with steep valley, alpine forest and numerous golden topped monasteries dotted around the hillside. It is surrounded by broad-leaved forest of oak, rhododendron, maple and the tranquil and serene setting abounds with flora and fauna.