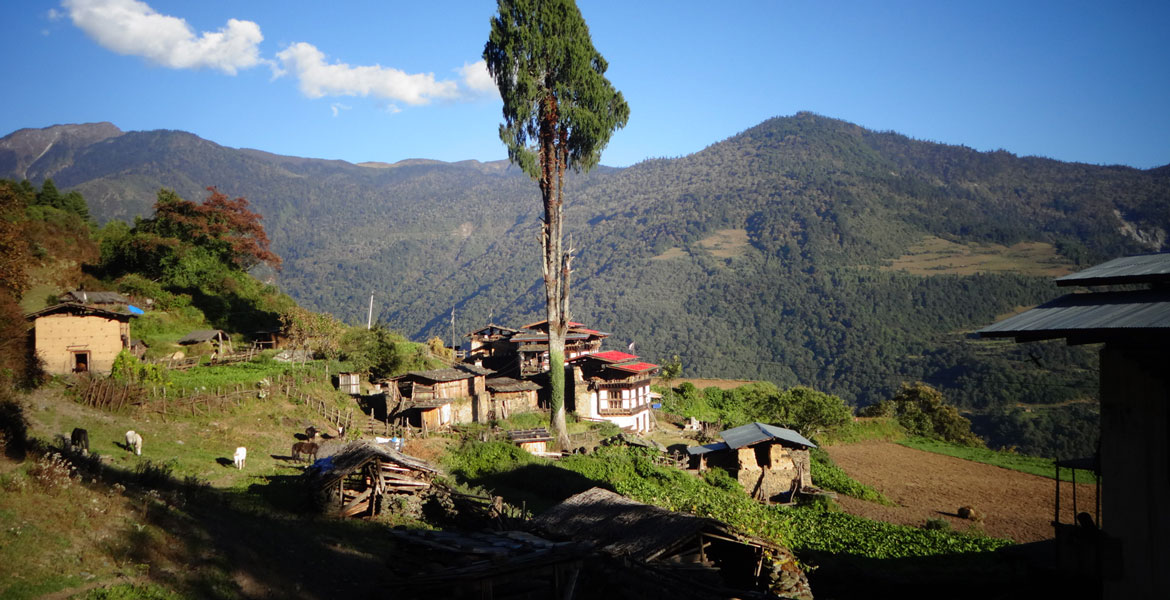 At your arrival at Paro international airport, you will be met by our local tour guide an transfer you to Thimphu, which is negotiable at 55 km and will take around 1 hour. Your drive takes you through the enchanting valleys of Paro and Thimphu, with many golden roofed temples and monasteries dotted around the hillside and through terrace of rice fields through traditional settlements. Arrival at Thimphu which lies at an elevation of 7700ft/2350m, check in to your hotel. After short refreshment, drive to visit the giant Goldem Buddha Statue, the statue of Buddha Dodrelma. Enjoy the valley view of the Thimphu city. Coming down from the top, visit the National Memorial Chorten, which was built in memory of the third king of Bhutan by her mother Ashi Phuntsho Choden in the year 1974. This beautiful complex is visited by people of all walks throughout the day and night and is one of the public religious figure in Thimphu. The road uphill takes you to Changangkha Lhakhang, which is one of the oldest temple in Thimphu. It dated back to twelfth century and built by the descendent of Lama Phaji Drukgom Zhipo, who first brought Kajupa Buddhism in Bhutan. Your last stop of the day, The Trashichoe Dzong, this giant fortress can be visited only after five or after the office hours. The fortress was built by Zhabdrung Ngawang namgyel in the year 1641 and later the fortress was built in 1969 to the present incarnation site. Trashichoe dzong house the main administrative center and the central monastic body.

We recommend making an early start since, on a clear day the view of the Himalayan snow-capped mountain peaks can be visible like Mt. Masa Gang(23,5012ft/7165m), Mt. Tsendagang (23288ft/7100m), Mt. Teri Gang(23944ft/7300m), Mt. Zongaphug Gang(23288ft/7100m), Mt. Gangkar Puensum (24735ft/7541m), Mt. Jejegangphu Gang and Mt. Kangphu Gang which are above 23288ft/7100m) are visible. The pass is one of the most beautiful motor pass in Bhutan lies at an elevation of 10150ft/3100m. The top of the pass comprises of 108 Chorten(stupas) called “Druk Wangyel Chorten” surrounded by colorful prayer flags. This Chorten were built in honor of His Majesty the fourth king of Bhutan and his people for their victory over the Indian Insurgence. It was built in the 2004. From the pass thr road leads you downhill through many turns. Your downhill drive takes you through many scattered settlement, terrace of rice fields and through temperate broad-leaved forest. Reaching a small village of Lobesa(4430ft/1351m), en route you can stop to visit the Chemi Lhakhang (Temple), which takes around thirty to forty minutes walk from the road head. This historical temple is built in 1499 by Lama Ngawang Chhogyel in honor and memory of his brother Lama Drukpa Kuenley, popularly known as the “Divine Mad Man”. After the temple drive to Punakha and check in to your hotel. After lunch drive further north of Punakha to visit Khamsum Yueli Namgyel Temple which was consecrated in 1999. It offer a lovely 2 hours hike to the temple through the lush green valley filled with pine forest and terrace rice fields. Returning back stroll around the newly founded Khuruthang Town.

Today after you breakfast in the hotel drive to Samtengang Village. The drive from your hotel to Samtengang takes around one hour thirty minutes. The drive take you through Punakha and Wangdue through terrace of rice fields and through scattered village settlement and unsealed farm road. Meeting with your trekking crew you then begin your trekking trail with a gradual uphill climb through the pine and rhododendron forest with breathtaking views of the remote Sha Valley and the view of the Wangdue Dzong which lies in ruined. After you lunch your trail takes you through a gradual downhill through oak, rhododendron and broad leaf forest. En route take time to visit the remote local village settlement and farm house for a unique cultural experience interacting with the local people. Your trek finally ends up at Raja Wo village where you will hold for a night after crossing a small bridge lies at an elevation of 1900m. Optional hiking roots are available at your early arrival towards the waterfall.

Today your trail begins with uphill climb through a farm road until you catch the trekking trail along the Dang Chhu (river). The trail takes you through broad leaved forest with pristine environment and with chanting sound of the birds. Before you reach your campsite at Reda Goempa, the trail takes you through steep climb of forty minutes. Reaching your campsite, make a short visit this historical Ridha Goemba (temple). Your campsite lies at an elevation of 2200m.

After you morning breakfast, Your trail takes you through alpine forest with a gentle uphill climb until you reached the main road at Nubding Village, a tiny settlement located between Wangdue and Phobjikha Valley. Your trek ends here in this region. From here your vehicle will transfer you to your hotel in Punakha.

Today before you drive to Paro, in the morning visit the Punakha Dzong saddled on the confluence of two river, Pho Chhu (male River and Mo Chhu (Female River). This magnificently located fortress was built in 1637 by Zhabdrung Ngawang Namgyel. The dzong is surrounded by myths and stories and was served as the capital of Bhutan until 1955. The establishment of the Wangchuk dynasty on 17th December, 1907 took place here and the first National Assembly was first held here in 1953. After the dzong drive to Paro via Dochu La Pass 10150ft/3100m. Reaching Paro visit the ginat fortress of Paro the Rinpung Dzong (the fortress on the heap of jewels), This massive fortress was built by Zhabdrung Ngawang Namgyel in the year 1646 after the small Hungrel fortress built by Lam Dung Dung who offered the site to Zhabdrung. Drive to visit Ta Dzong “Watch Tower” which was turned into the National Museum in the year 1967. It holds a fascinating collection of arts, relics, religious thanka paintings and ancient warriors armors. After the museum drive to visit the Jangsa Dumtse Lhakhang which lies just out of town. It is possibly the only ancient temple built in the shape of chorten(stupa) and it is literally chained down since local people believe that otherwise it will fly off to heaven. In the evening stroll around the small town of Paro.

It is now time to embark on your adventurous journey of the day. We suggest making an early start. Taktshang Goemba is one of the most spectacularly located Goemba in Bhutan perched at a cliff side at an elevation of 3000ft/915m. It is said that Guru Rinpoche visited the site riding on the back of a tigress and meditated here for three months. The site has been recognized as most sacred and visited by many permanent religious leaders. The monastery built in 1692, was completely damaged by fire on 19 April 1998 and has been restored to the present structure. Following downhill from the Goemba, drive to visit Kichu Lhakhang. This is one of the 108 temples built by the Tibetain King Songtsen Gyampo in the 17th century to subdue the ogress that lay across the whole of the Himalaya. Father the temple your drive takes you to the Paor town, stroll around the town and the drive to your hotel.

Day 08: Board Your Flight