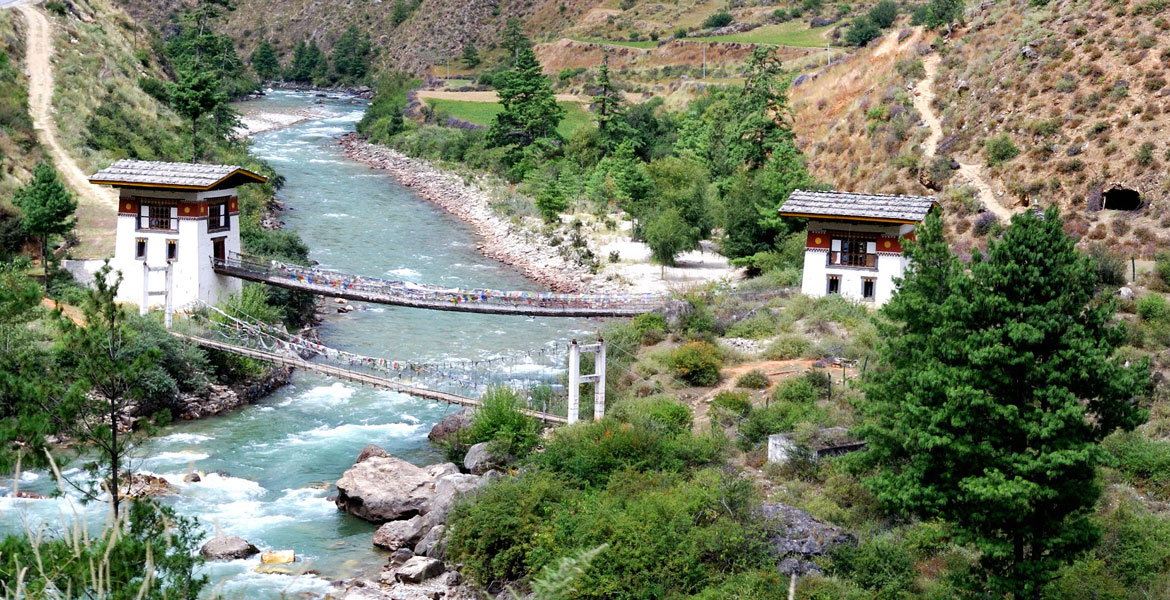 The Paro Chhu beautifully flows southward through the midst of Paro valley having its source rises to the south of Mt. Jomolhari (24000ft/7314m), which is revered as the abode of goddess Jomo. This glacier rivers drains through the alpine meadows and deep gorges through Jigme Dorji National Park and descends into the wide, open valley of Paro which is the site of one of Bhutan’s main town. The Paro Chh because of its small river, it is best fit for kayaks, especially for the beginners with a good stretch of 7 km. Best time for float is the spring season of March – April.

Paro is one of the beautiful valleys in Bhutan with rich culture, scenic beauty and this beautiful terrace valley is home to many historical ancient golden roofed temples and monasteries. It is also a land of myths and legends. The only airport is located here. In reality Paro is a village now transformed into a small town and undeniably going through lots of constructions following the traditional Bhutanese architecture. The valley of Paro is just about 1 hours drive from the capital city of Thimphu and today it is one of the most visited tourist destination in the country with array of ancient historical sites dated back from seventh century.

Kyechu Lhakhang: One the oldest temple in Bhutan along with Jambay Lhakhang in Bumthang. Dated back to 7th Century

Ta Dzong (Museum): Dated back to 17th century and now turned into museum since 1967

Ragoedrak Lhakhang: Located atop of the cliff and was founded by Guru Rinpoche in 8th century.

Drukgyel Dzong: It was built in 17th century as a fortification against Tibetan invasion. Now lies in ruin since destroyed by fire in 1951.

Tahtshang Goemba: Is one of the most iconic landmark and most visited Buddhist pilgrimage site

Jangsa Dumtse Lhakhang: The only temple built in the form of stupa and was built by Tibetan saint Thongtong Gyelpo in 14th century

Kila Goempa: Built on the face of a cliff and now house the main center for Numnnery

Rinpung Dzong: The main administrative and religious center of Paro. Built in 1645 by Zhabdrung

Scenery: Paro is notably one of the best places to visit with scenic landscape and terrace rice fields. The Paro valley is dotted with elegant farmhouses and traditional homes which is considered to be the best of the country.