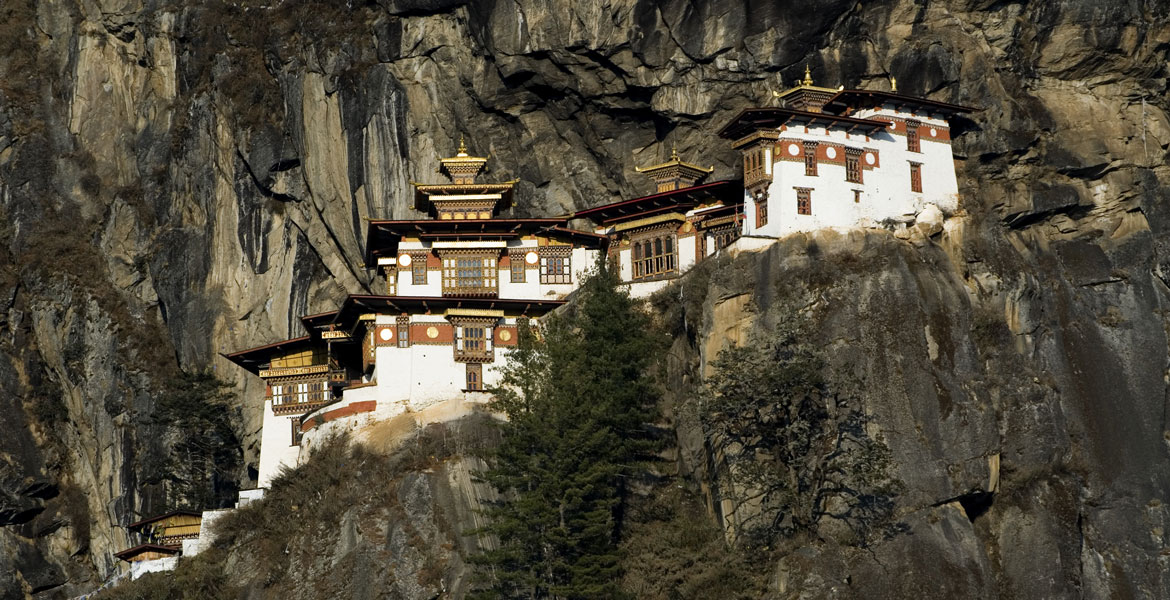 A short 5 days mountain biking tour is one of the scenic cycling epic journeys through Bhutan. The adventure offers a magical feel of a Himalayan fairy tale land. Over the course of your ride, the scenery changes from verdant forest to the flower-filled valleys to stunning landscape. The rich traditional culture of Bhutan is also a highlight as you wave across different valley of the kingdom. This 5 days mountain biking takes you through the core of the inner Himalayan temperate zone offering an amazing matrix of broad valley and densely forested hillsides with elevation ranging from 1300m to 3250m.

Your incoming flight to Bhutan from any sector provides the most spectacular view of all the Himalayan flights. Whether you are flying from Bangkok or from Kathmandu or from the southern foot hills of Indian each flight is the mesmerizing feat that offer incredible view of the mountain valleys along with the high raised Himalayan peaks with an exciting landing into the kingdoms only airport. At your arrival, our local tour representative with the traditional Bhutanese welcoming way will welcome you and after short introduction, you will be transfer to the parking lot below the giant fortress of Paro. Your biking adventure will begin from this lofty parking with a sort briefing and explanation regarding the program and route map. Upon discussion, your local biking expert will lead you to your final destination Thimphu (7700ft/2350m). The ride from Paro to Thimphu takes 55km and negotiable within 2-3 hr and your ride today is through the expressway that leads to Thimphu. This route is one of the finest road in the country with well furnish and available sites. Your ride takes you through following the Pa Chhu River that runs through the middle of the valley taking you through terrace of rice fields, farmhouses and natural landscape. As you continue, the route finally takes you down to the confluence of different directional route. The distance cover until the confluence is 31km. From the confluence of Wang Chhu and Pa Chhu River, your biking route leads you following opposite direction of Wang Chhu River that takes you to Thimphu. Once you enter the charming city of Thimphu stop for lunch and then ride to your hotel. Rest day at leisure.

Today before you depart to Punakha, you will do some short sightseeing in Thimphu by your tour bus. In the morning hour visit the Memorial Chorten, built in 1974 built in memory of the third king of Bhutan. It is one of the most visited public places in Thimphu. Your next stop is the Golden Buddha Statue built very recently and the surrounding provides an immense view of the Thimphu valley. Returning back drive to visit Changangkha Lhakhang, which is considered the oldest temple in Thimphu dated back to 12th century. Drive to visit the National Institute of Painting School, which provides a six-year course in painting and other art form. You will stop for lunch in the capital. After lunch drive to reach your destination by taking a 22km drive up, hill past Semtokha Dzong. The drive takes you through rich forest of pine, fields of apple orchards and villages and finally takes you to the top Dochu La Pass ( 1050ft/3100m). The top is unlike any of the pass that you will encounter in Bhutan and notably anywhere in the world. It is surrounded by 108 beautiful memorial chorten built in 2004. The pass not only provides with this many magnificent chortens, it also provides the panoramic view of the magnificent eastern Himalayan peaks ranging from left like Mount. Masa Gang (23512ft/7165m), Mount. Tsenden Gang (23288ft/7300m), Mount. Teri Gang (23944ft/7300m), Mount. Jejegnagphu Gang, Mount. Kangphu Gang, Mount. Zongaphu Gang (all above 23288ft/7100m), Mount Gangkar Puensum (24735ft/7541m). From the lofty spot it is all the way downhill and you will be set out with your downhill biking all till you reach the small village of Lobesa before you turn to your final destination. It lies at a somewhat lowly 4430ft/1315m. The descent is mainly through virgin forest of magnolia and rhododendron that are ablaze in the month of April to May. It offers a charming look into the landscape dotted with farmhouses and valley filled with terrace of rice fields. Reaching Lobesa we suggest you making a short 30 minutes walk to visit the historical Chhemi Lhakhang which lies on the barren hill. It is one of the most visited temples in Punakha, dated back to 1499, and was built by Lama Ngawang Chogyel built in memory of his brother Lama Drukpa Kuenley. After the temple ride to your hotel for night, halt.

We suggest you making an early start. Today before you depart to Paro you will be exploring some of the interesting sites in Punakha on biking tour. In the morning, ride further north of Punakha to visit the magnificently built Khamsum  Yueli Namgyel Temple. Your route takes you through the bank of Mo Chhu River passing through several farmlands and farmhouses en-route. It takes you near a suspension bridge in Yebesa village and leaving your bike in the parking you will then cross the suspension bridge and wave up through the terrace rice field of Yebesa. It takes around 1 hr to reach to the top. Once your reach the top the view of the magnificent valley is at your site. Visit the interior of the temple that provides an interesting look into the Bhutanese artwork and paintings. Following the same trail to the parking spot you then continue riding downhill until you reach Punakha Dzong. The historical Punakha Dzong was built magnificently on the confluence of two rivers the Pho Chhu (Male River) and the MO Chhu (Female River). This fortress functions as the main seat of the governmence until 1955. It was the second largest dzong built by Zhabdrung in 1637. After the dzong, ride to the newly founded town of Khuruthang for lunch. Completion of your lunch, you will then drive back following the same route to your destination. Your first few hour you will be riding your tour bus until you reach Dochu La Pass. From the pass you will then continue riding your bike till you reach Paro. If time permits en-route, visit the Simtokha Dzong, the oldest and first dzong built by Zhabdrung Ngawang namgyel in 1929 and today it house the School of Buddhist Studies.

It is now time for you to embark on your somewhat adventurous journey. We suggest you making an early start as hike to Taktsang Goemba are more an uphill task and takes around 3-4 hours walk at an average speed. To get to the starting point you will ride from the hotel takes you crossing the town and several village through pine forest until you reach a large parking lot at the base. Your adventure begins here taking you uphill climb through mixed pine and rhododendron forest. Taktsang Goemba was built amazingly on a Cliffside bringing pride to all the Bhutanese about the hardship of their ancestors. It is said that the Saint Guru Rinpoche visited here on the back of a tigress and meditated in the cave transforming himself into a wrathful deity of ‘Guru Dorji Drolo’ to subdue the evil spirit residing in the region. From this time, the site has been recognized by many permanent Buddhist leaders and now visited by thousands of pilgrimage. The saddest part of the monastery is that the 1692 historical monastery was caught fire in 1998 and damaged the main building and lost many ancient religious contents. The rebuilding started immediately to the present look, which was consecrated in 2005. Returning back stroll around the tiny town for shopping. Farewell dinner will be served in the hotel.

After breakfast, drive to the airport for flight to onward destination.