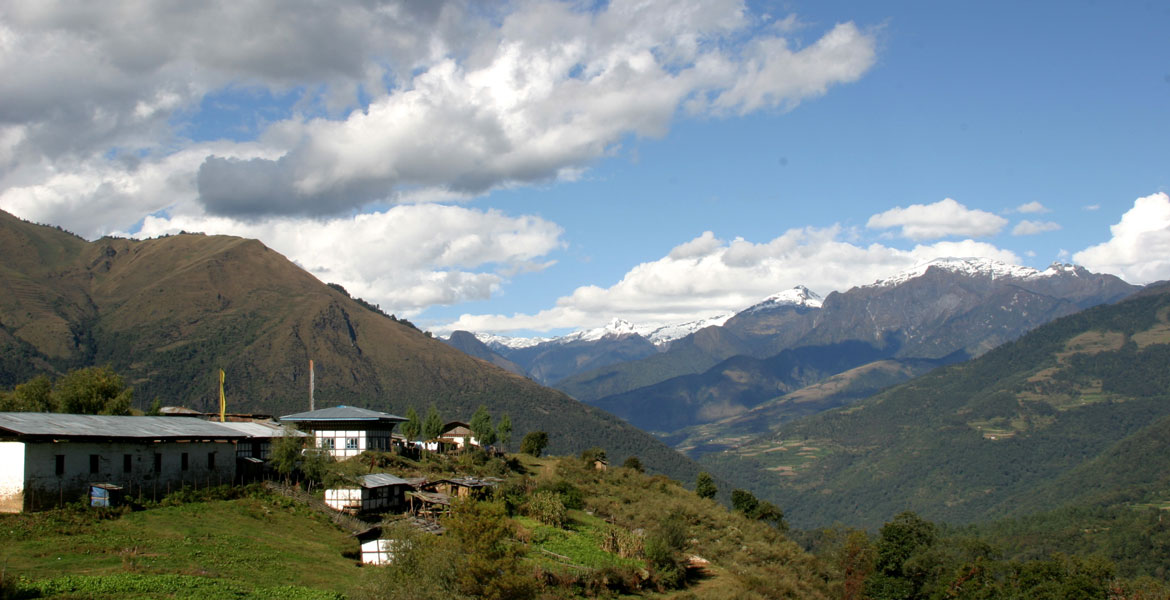 This adventurous Hidden Kingdom Motorcycle ride in the Land of Gross National Happiness is an experience into the vibrant living heritage of this tiny kingdom. The tour starts in the enchanting Paro valley and takes you over several scenic valleys, traverse through countryside, and learn about the cultural, history and traditions of the kingdom. You will stop at out-of-the-way sites in between and meet true grassroots Bhutanese on their home soil. This multi-day Wild Mountain Adventure’s motorcycle ride takes you between the lines of a truly memorable travel tale.

Depart from your city to Paro. On arrival at Paro airport our representative will pick you up. Drive to the main point where you will assemble your motorcycle and get the guidelines regarding the road trip and other information. The drive to Thimphu (7700ft/2350m) is only 65km long and easily negotiated in 1.5 hours. Reaching Thimphu, check in to your hotel, relax, and unwind from your long journey for a little while. After a lavish lunch featuring Bhutanese and continental cuisine, your tour guide will lead you to visit some of the interesting place of sightseeing.

Your sightseeing in Thimphu continues and you are set to depart after breakfast. In the morning ride to the northern end of Thimphu and hike for 1 hour.

Your glance at Bhutan package continues as you leave for Punakha after breakfast.

After your breakfast in the hotel dire to visit:

Today leave Punakha and depart to Phobjikha glacier valley. The valley of Phobjikha is well known as the winter home to the Black-necked Cranes (Grus Nigricollis) that migrates from the Tibetan plateau. In the morning hour, make a short visit to;

After your breakfast in the hotel ride to Trongsa which is one of the most important district in the country. Trongsa district played a pivotal role in the recent time in the history of the country.

Your ride to Bumthang takes only 2 hours and takes you through crossing Yotongla Pass (11000ft/3345m) and Keki La Pass (9300ft/2835m). This fascinating valley is the spiritual heartland of the kingdom and home to some of the oldest Buddhist temples and monasteries. The valley of Bumthang is famous for honey, cheese, apples and the yatra (woolen materials).

Your sightseeing in Bumthang continues with a morning ride to visit Tang Valley.

Today at your early morning hotel check out ride to your destination Wangduephodrang. En-route stop for photography and other sightseeing, which you have missed before, the adorable landscape, can prove the beauty of the country. Reaching Wangduephodrang, check in to your hotel and rest day at leisure.

After your leisurely breakfast in the hotel you will be led by your tour guide to Paro via crossing the beautiful Dochula Pass 10,150ft/3100m. If the weather is clear you can have a short stop for the panoramic view of the Himalayan mountain range. After the break continue your ride to Thimphu where you will halt for lunch and after lunch stroll around the town for shopping. Later continue your ride to Paro which is only 1.5 hours drive from the capital city and after arrival ride straight to visit: