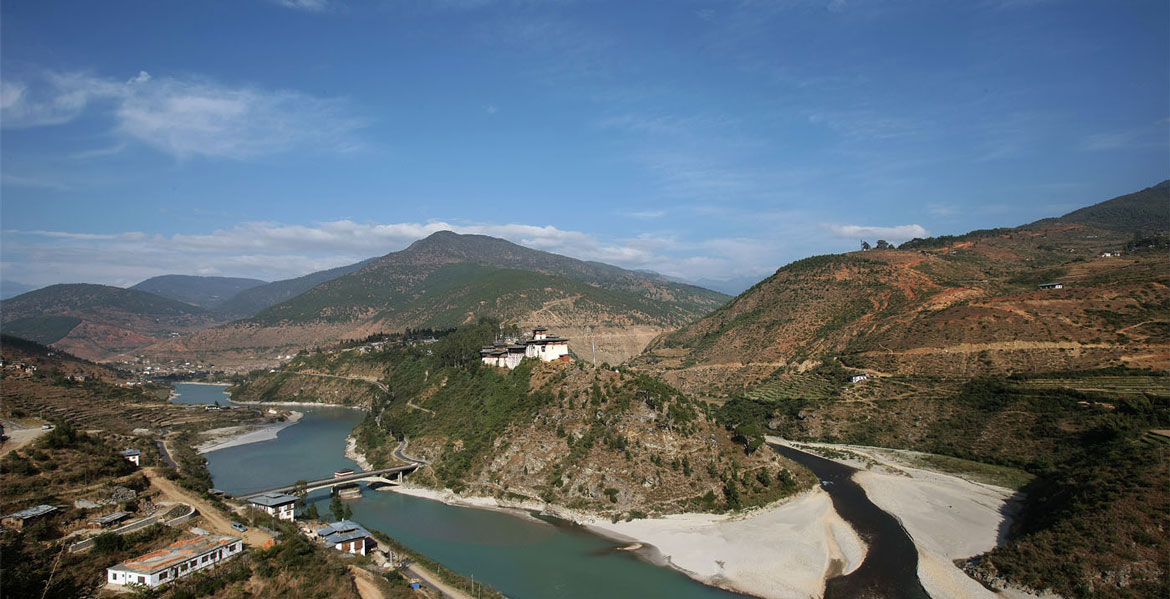 The Dang Chu (river) is one of the largest rivers in Wangdue flowing through the west and east gorge of Black Mountain with its tributaries of Mo Chhu River, which flows from the left side of the Punakha Dzong having, is source from the glacier lakes of Gasa valley. Pho Chhu River also has its source from the glacier lakes of Gasa valley, which flows through the right side of Phnakha dong and finally meets below the Punakha dzong. This three river forms Puna Tshang Chhu immediately after the Punakha dzong and flows through Wangdue. The Dang Chhu rafts & kayaks can be best floated in the month of March – April and November – December.

Wangdue covers a large area, from the northern snow-capped mountain to the cold damp glacier valley of Phobjikha, to the warm breezy town of Wangdue.  The beautifully located Wangdue dzong (built in 1638) dominates the district. The name was given by Shabdrung Ngawang Namgyal who was searching for the best location for a dzong to prevent incursions from the south. At the chosen spot, the Shabdrung encountered a boy named Wangdue playing beside the river and hence named the dzong “Wangdue’s Palace.” There are three main roads in Wangduephodrang. The Lateral Road enters from the west at the Dochu La Pass, crosses the Puna Tsang Chhu at Wangduephodrang Dzong, and continues east to Trongsa. A spur road heads north from Wangduephodrang to the dzong at Punakha and slightly beyond. This road eventually becomes the trail to Gasa. A second spur departs the Lateral Road near the Pele La pass halfway between Wangduephodrang and Tongsa, travelling south a short distance to Gangtey monastery and the Phobjikha valley where the rare Black-necked Cranes come to roost in the winter.