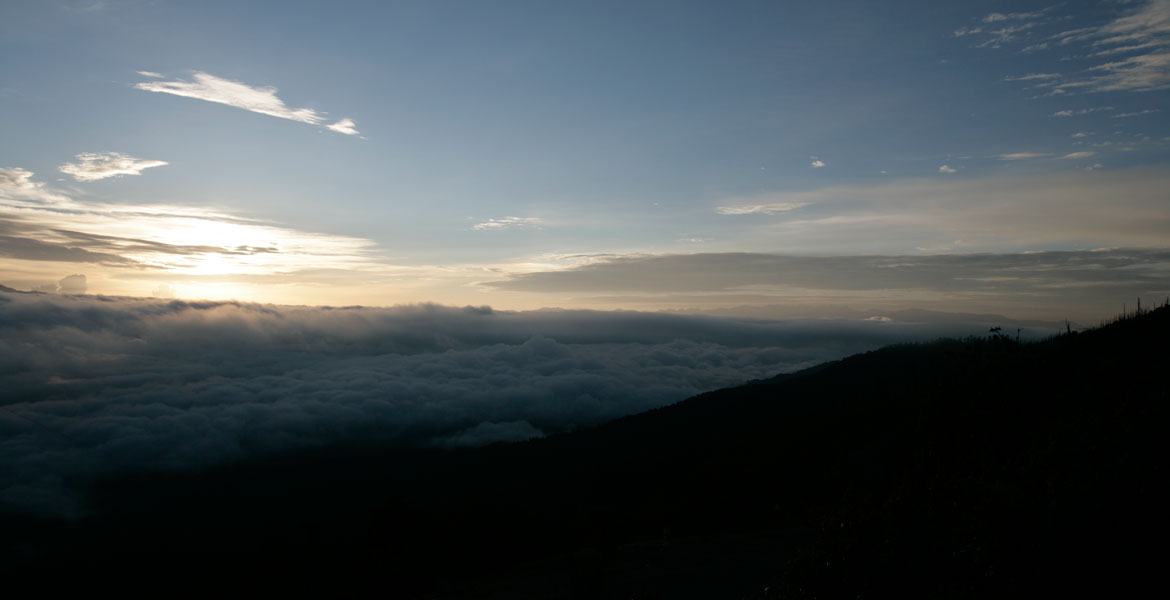 The popular six days Botanical Druk Path Trek is the combination of high altitude trek with botanical photo safari adventure. It is recommended mainly for those who have less time but have a passion to make a trek and botanical photography tour in Bhutan. The trail takes you through gorgeous landscape surrounded by thick forest of fir, birch and rhododendrons, high ridges and pristine lakes. At the same time the trek offers immense opportunity to spot some of the rare and beautiful wildflowers that are ablaze in white, red, pink and blue blooms. The altitude on this trek range from 2400m – 4200m taking you through lovely stand of beautiful landscape and several hidden high altitude lakes.

On arrival at the airport you will be welcomed by our Bhutanese tour guide and then transfer you to the hotel. Rest day at leisure.

After your morning breakfast in the hotel, drive to Ta Dzong (National Museum) that lies above Paro Rinpung Dzong, where you will begin your trek. The trek takes you through following several farmhouses and apple orchard and gradually enters through pristine forest of blue pines and fir forest. From a long stand Chorten the trail begins to climb uphill until you finally reach the ridge below Jela Dzong. A short descent of 100m takes you to your campsite below the dzong.

Today your trail begins with a steep climb until you reach the Jela Dzong. Make a short visit to the dzong and then continue your trail through the ridge offering spectacular view of the valley below. The trail takes you through rich alpine forest of fir, juniper and dwarf rhododendron trees. You may also see herder and their yaks around your campsites. En-route you will encounter several wildflowers including Acanthocalyx nepalesis, Lomatogonium brachyantherum, Aster himalaicus, Taraxacum officinale, Taraxacum platycarpum, Taraxacum mitalii, Strobilanthes wallichii, Iris clarkei, Euphorbia griffithii, Primula griffithii, Primula denticulate, Primula smithiana, Oxygraphis endlicher, Saussurea obvallata etc.

Today your trail takes you through the ridge and on a clear day, you will have a spectacular view of the mountain range including Jomolhari, Jichu Drakey. You will then gradually descent downhill towards your campsite close to Jigme Langtsho Lake, where you will encounter several variety of Blue Poppy including Meconopsis paniculata, Meconopsis grandis, Meconopsis bella and Meconopsis sherriffii. The surrounding slope also offers several other varieties of flowers like Gentiana phyllocalyx, Gentiana veitchiorum, Sussurea sughoo, Lomatogonium brachyantherum and other different rhododendron species including Rhododendron wallichii, Rododendron setoum, Rhododendron aeruginosum, Rhododendron lepidotum etc.

Today your trail takes you through dwarf rhododendron trees with stunning views of the surrounding mountains. En-route you will encounter several wildflowers including Gentiana phyllocalyx, Meconopsis bella, Meconopsis sherriffii, Meconopsis grandis, Gentiana veitchiorum, Lomatogonium brachyantherum. The trail takes you past Janatsho Lake and at some point, you will come across several yaks and yak herders offering a glimpses of nomadic yak herders daily way of life. The campsite is close to Simkotatsho Lake. The surrounding campsite is filled with several dwarf rhododendrons including Rhododendron wallichii, Rhododendron setosum, Rhododendron acruginosum etc.

Today after your breakfast the trail, gradually ascents through a rocky slope and at some stretch if the weather is clear you will have a spectacular view of Mt. Gangkar Punsum (highest peak in Bhutan) and other surrounding peaks. From the pass, the panoramic view of the surrounding Phajoding goembas and Thmphu valley can be seen.  Phajoding consist with several temples and you can make a visit to those temples and later the trail leads you all the way downhill till the road where you will be met by your car and transfer to your hotel. The downhill walk is through a rich forested area of blue pine and rhododendron.

Today after your leisurely breakfast in the hotel explore the charming capital city. In the seventeenth century, when Zhabdrung Ngawang Namgyel unified the country and started the dual system of government, Thimphu was made the summer capital of the central government of Zhabdrung, the monastic body, and the successive druk desi. Visit National Memorial Chorten: It was built in 1974 in memory of the third King Jigme Dorji Wangchuk by his mother. Changangkha Lhakhang: Is one of the oldest temple in Thimphu, dating back to the fifteen century. It was built by a descendent of Lama Phajo Drugom Zhipo. Trashichhoe Dzong “The Fortress of Auspicious Religion”,: The Dzong can be visited only after 5 pm on week days, when the government office closed-or then during the day on Saturday/Sunday. The Trashichhoe Dzong, in its present incarnation, was consecrated as late as 1969 and this building is a visual delight. With its superb sense of proportion and space, it carries an aura of regal dignity. Its history dated back to the 13th century. After becoming the property of Zhabdrung in 1641 he rebuilt the dzong. Mini-Zoo: House a large outdoor enclosure that holds one of the strangest looking creatures you are likely to see – the Takin. National Library: This was open in 1967 to preserve the ancient Dzongkha texts and act as a repository for thousands of old religious books and manuscripts as well as the wooden blocks used for printing. National Institute of Zorig Chusum: This offers a six-year course on Bhutan’s traditional crafts for those who are artistically inclined.

After your early morning breakfast in the hotel, drive to Paro and then to the base of Tiger’s Nest. The drive takes you through several farmlands, terrace of rice fields and stunning landscape. The hike to Taktsang Goemba is quite an uphill task and takes around 3-4 hours walk. It is the most spectacular goemba in all of Bhutan. According to the legend, Guru Rinpoche visited the site in 8th century flying from the east of the country on the back of a tigress (a form that one of his consorts is believed to have taken). He meditated for three months in the cave donning his terrifying form of Dorji Droloe subjugating the evil spirit. Following him many permanent religious leader visited the site notably Milerepa, Labdoenma and Thongtong Gyelpo. Today, Taktsang Goemba is more a holy place in the country.

After the breakfast drive to airport and depart for your onward destination.