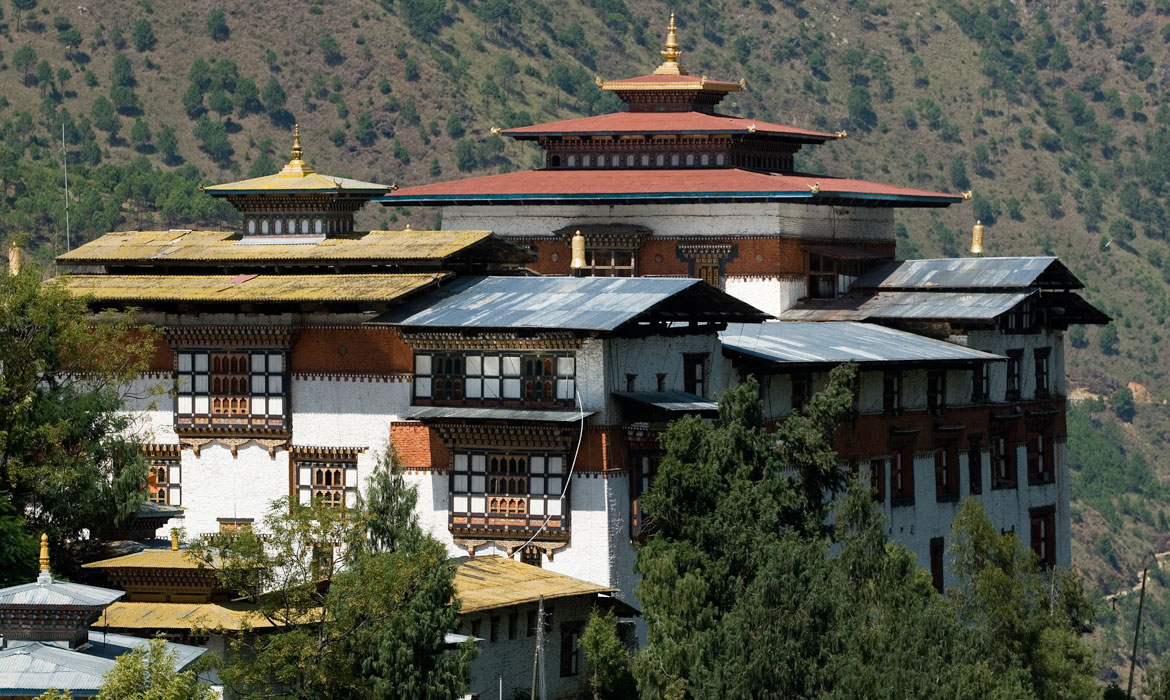 Trashigang is known as the jewel of the east.  It is one of the 20 dzongkhag (district) comprising Bhutan. It border with Trashyangtse in the north, Mongar in the west, Samdrup Jongkhar in the south and Indian State of Arunachal Pradesh in the east.  Trashigang lies at an elevation ranging between 600 meters to 4,000 meters above sea level, with mild climate and an annual rainfall ranging between 1,000mm to 2,000mm. It is one of the largest district in the country and the most populated districts in the east. Bhutan’s largest river, Dangme Chhu River flows through the district. Trashigang is the main center for east-west highway and the connecting road to Southern most district of Samdrup Jongkhar and then into the Indian State of Assam. Trashigang
town lies at an altitude of (3725ft/1136m) on a scenic hillside and was once a bustling trade center with Tibet and Assam. It is a pleasant un-spoilt town with friendly ever-smiling people milling around the small square that marks its center.

Trashigang is made up of various ethnic groups. Tshanglas are the aboriginal settler of the region. Other recent settlers in the region are Kurtoeps (migrated from Lhuentse), Khenpas (migrated from Zhemgang), Bramis (migrated from Tawang, Arunachal Pradesh), and the highlanders known as Brokpas – Merak & Sakteng.

Brokpas are one of the unique groups of people, dressed differently and make their living rasing yaks and sheep in the harsh mountain conditions. Their garments are made of heavier material woven from a combination of animal hair and yak hide and can be immediately set them apart in from any crowds. These diverse ethnic groups give Trashigang an interesting variety of people, culture, history and traditions.

Agriculture farming in the region remains the most form of livelihoods and their staple diet consist of ground maize mixed with rice. Potatoes and chili are widely grown in the region. Depending upon the climate and environmental condition of the surrounding, people produce wide variety of products to support their living. Radhi is famed for the textile weaving and brewing alcohol, Barshong is famed for metal work. Kangpara and Thrimshing village are known for cane and bamboo products and dried red chilis. Womrong is known for producing mineral paints and dyes used for traditional Bhutanese painting, and finally the Brokpas make their living by raising yaks and sheep.

Places to see in Trashigang

Trashigang Dzong was built on a promontory hillside overlooking the countryside and the Drangme Chhu River. The dzong was built in 1667, under the leadership and order of Druk Desi, Minjur Tenpa, to defend the valley against Tibetan invaders. It has been the political stronghold for eastern Bhutan for over three-hundred years. The dzong function as both district headquarter and monastic center of the region. Inside the dzong there are several religious temples and religious figure including Guru Padmasambhava, Eight Great Indian Buddhist Master, Yama – the wrathful form of Avalokiteswara (who is the protector of the faith) or popularly known as god of death.

Merak Satkeng is a 5-7 days trek in the most eastern part of Trashigang. Situated at an altitude of over 3,500 meters, the exotic valley is home to the Brokpas for centuries since their displacement from Tsona in Southern Tibet. Trekking through these charming villages of Merak & Sakteng provides a unique opportunity to see the nomadic indigenous group of eastern Bhutan. These two villages in the Far East of Bhutan have been long closed to the outsider world until the end of 2009. The regions people have a rich spiritual background, and the religious temples like Borangtse Lhakhang, Guru Goemba, Labrang Lhakhang, Gengo Tashicholing Samtencholing Lhakhang and the sacred mountain of Jomo are some of the stronghold of their faith and belief. Geographically the region is remote and isolated with pristine ecology and rich flora and fauna. The Sakteng Wildlife Sanctuary is located in the region, spreading over 650 sq. kilometers and is the only reserve in the world dedicated to protecting the habitat of the yeti or abominable snow man. The best time to trek is March to May and September to December.