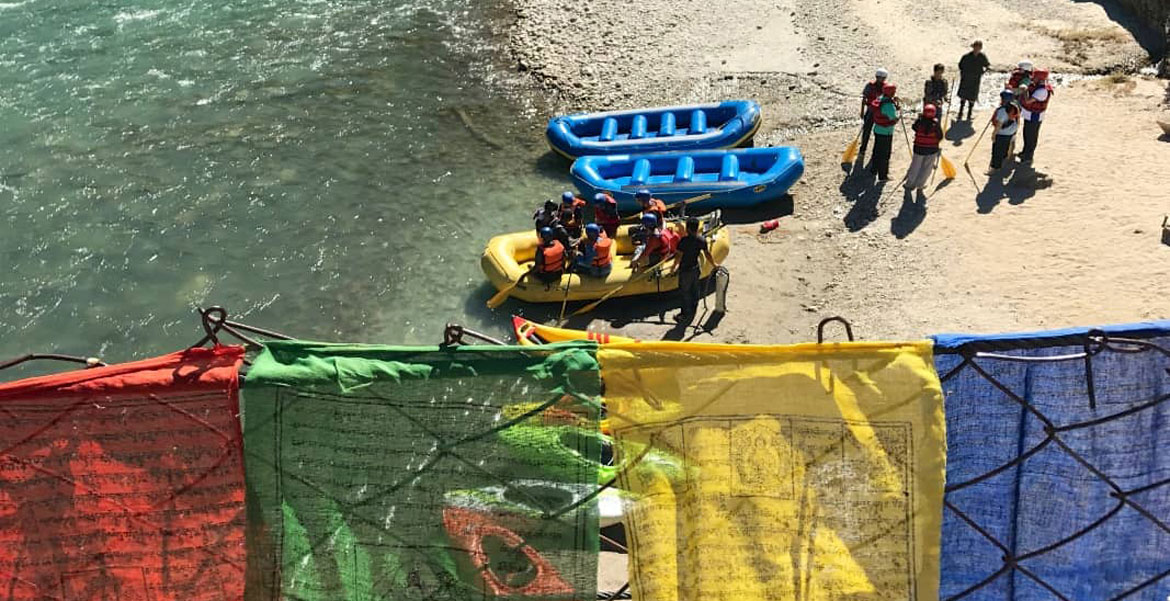 The mighty and majestic glacier fed Mo Chhu River gushing down through the midst of terrace rice fields, scattered settlement, mixed forest, protected and undisturbed wilderness provides an exciting opportunity for rafts & kayaks enthusiast. The exhilarating Mo Chhu rivers perfect with lush green landscape and heart pounding rapids is perfect for kayaks & rafts of all time. Come, experience this natural paradise, and challenge the rapids of Mo Chhu River. It offers a year-round recreation from beginning of February until the end of December. To make it more interesting you can explore the multi-day kayaks and raft through Punakha region.

Mo Chhu (Female River) is one of the major rivers in Bhutan with its source in Gasa region, which is the northern district, that border to Tibet.  The lakes that forms Mo Chhu (Female River) are –Laya Tsho(lake) near Laya Gewog, Sinchhe Glacier Lake in Laya Gewog, Mt. Gangchentag Glacier Lake, which comes together to form Mo Chhu(Female River). The river raise in Gasa province and generally flow downhill through the valley of Kabji and then generally flow towards southward to Punakha through the side of the Punakha Dzong and immediately meet with the Pho Chhu (male river) just below the Punakha Dzong or in front of Punakha High School and together forms Puna Tshangchu. The combined river flowing further 11 Km it is joined by Dang Chhu, which flows through the valley of Wangdue province drained from the Black Mountain. Flowing further through the southern region the name is changed to Sunkosh River until it cross the Bhutan border and finally joints Brahmaputra.