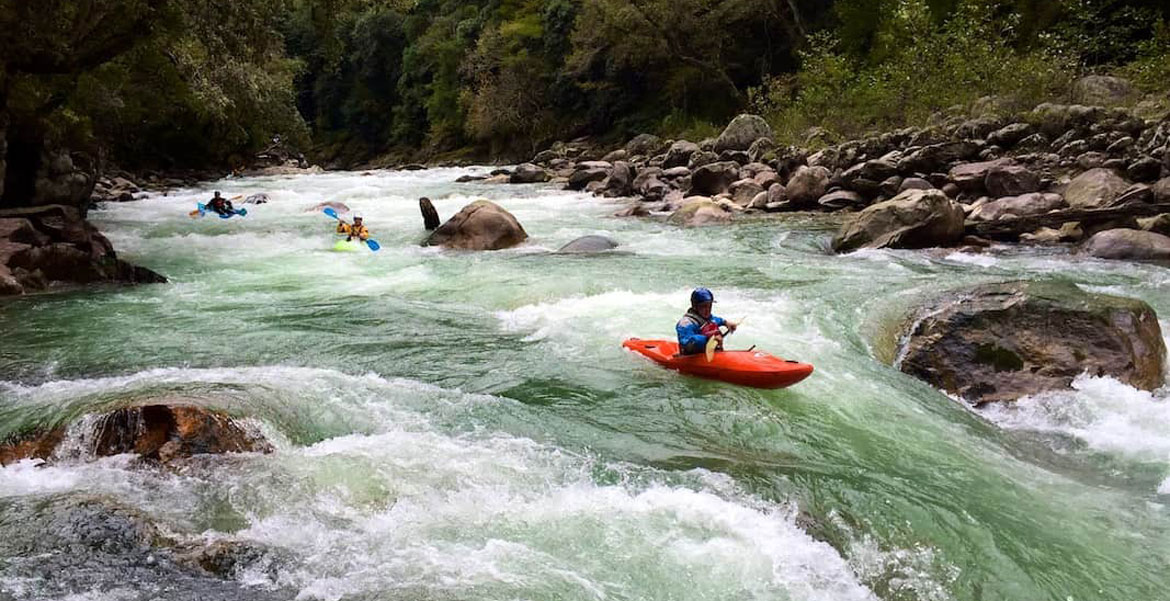 The Mangde Chhu River or Trongsa Chhu flows in the central Bhutan traversing roughly towards the north-south of the country. The river has its source near Gangkhar Puensum towering at 24735ft/7541m. It is one of the highest peaks in Bhutan lies under Wangdue province. The Mangdue Chhu drains towards the eastern slope of the Black Mountain and Royal Manas National Park. The best season for kayaks in Mangdue Chhu is March – April, November – December.

Trongsa is one of the permanent province lies at the central heart of the country bordering to Bumthang and Wangdue. Trongsa until the recent past year played a pivotal role in the history of the country. In the nineteenth century, it was the de facto centre of the authority as the Penlops (governor) controls all the major regions of eastern and central Bhutan, including the rich fertile southern duars. The past history unfolds the fact that Tongsa was a crucial place from where the unification of east and central region was brought to fruition. The province linked with momentous events in the history of the country and it is the place from here where the first and second kings of Bhutan ruled the country. Since from the inception of the monarchy until today, Trongsa has been a significant seat of successive monarch of Bhutan.

Scenery: The drive from Wangdue to Trongsa provides an immense opportunity as you enter the beautiful Mangdue valley. You will come across several villages, with impressive landscape covered with fir trees, bamboos, and mixed forest of broad leaves.