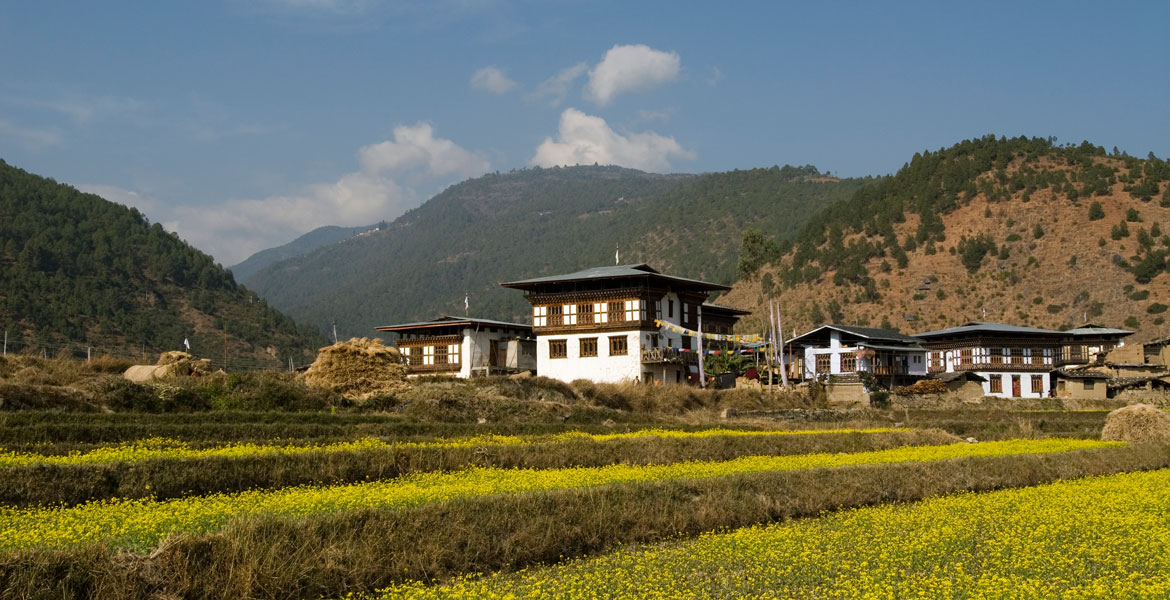 Savour the minimal yet potent delicacies of Bhutan. Bhutanese food is a direct reflection of a simple yet strenuous Himalayan lifestyle, wherein the bounty of tropical abundance was not available, and travel difficult in the old days. Most meals were basic, simple, endemic to regions, easy to cook and made with mostly local ingredients that the short summers and harsh winters of the Himalayas bestowed. Dried meat and diary products composed most dishes, which are spicy enough to keep one warm in the chill of the lofty mountainous landscape. However, as in most things today, fusion and intrusion of foreign influence has made its presence felt in Bhutanese cuisine.

The best bits on your culinary adventure

Modern travel and connectivity have now allowed the varied landscape and climatic conditions of different regions a choice of produce that culminates in a wonderful array of Bhutanese culinary offerings.

Close links to India translate to a dash of spice used to make mouthwatering dishes too. You must try Bhutanese rice, which comes in red and white varieties, either boiled or steamed.

Healthy carbs can be found in buckwheat and maize, which are staples in some parts of Bhutan.

There is nothing more distinctive than Bhutanese chili, a native specialty that complements every dish.

Healthy veggies are grown in these chilly climes. You may find some vegetables with weirder shapes than the ones you might be familiar with back home.

Ema datsi, the national dish of Bhutan, is a finger-licking good mix of chili and cheese. This dish is de-rigeur at nearly every meal throughout the country. Variations of ema datsi include adding green beans, fern, potato and mushrooms, or swapping the regular cheese for yak cheese.

Momos are a Tibetan-style dumpling, stuffed with pork, beef or cabbages and cheese.

Jasha Maru is a soupy dish comprising minced chicken, tomatoes and other ingredients, and is usually served with rice.

Suja (butter tea) is a most popular beverage.

A must-visit place on a weekend is Thimphu’s Centennial Farmers’ Market, where vendors from all over Bhutan arrive on Thursday and stay on until Sunday night to sell their crops.

Some restaurants specialise in ethnic cuisine. Ask your guide about the eateries to try continental, western, Chinese, Japanese, Indian and pretty much dishes from all roaround  the world.